Luckes comes from Košice in Slovakia and it was here that a young Luckes began diving into the world of Djing in clubs at age of fifteen.

This was very important impact in his career.
From that moment until now he stayed loyal to the Hardtechno style.

He bought his first turntables and vynils.
He rapidly getting skills for first event ever in 2008.

He has played in countries like
Netherland, Germany, Hungary, Slovenia, Portugal
Czech Republic, Poland and Slovakia.

Luckes is also a promoter and has organized Hardtechno events in his city Košice.
His first promotion project was the event Hard Sound.
These great parties counted with the performance of Djs like Golpe, Sepromatiq, Bentech, Matthew, Withecker and many others.

In 2014 Luckes started with good friends on a new project across Europe’s cities and its clubs, called Creative Urban Event.

Creative Urban Event (CUE) is a non-governmental organization whose main driving force is an experienced, dynamic and cohesive team made of similar thinking people.

You can also find many previews of the tracks he is currently working on, on his Soundcloud.

After 15 years of being independent artist Luckes is joining begining of 2022 Trivialbooking agency.

Meloo and Rudi Beatz
new
Currently, we have no future events.
Warning: There are no items to display this module. 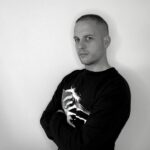